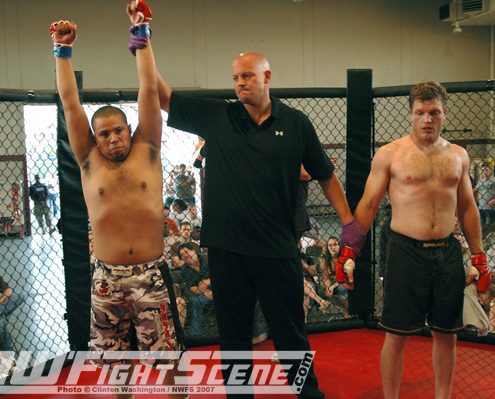 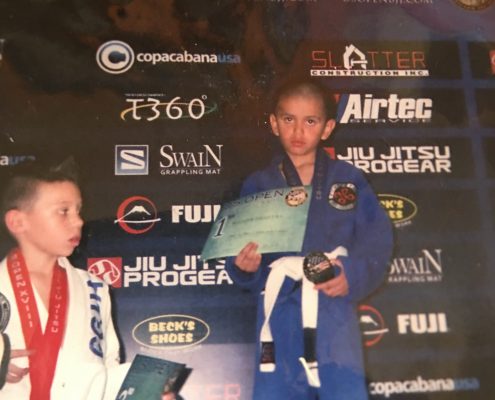 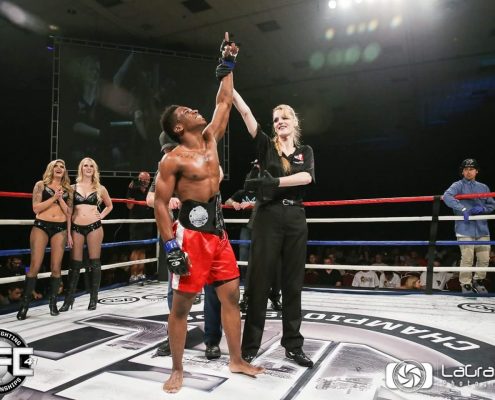 At Chili’s, our purpose is simple – we connect, serve, and give to create the best life. That means finding the right balance of career, social, financial, physical, and community wellbeing. ChiliHead, Sergio Salguera, knows all about wellbeing and purpose because he lives it out every day.

When Sergio isn’t managing his Chili’s restaurant in San Leandro, California, he’s coaching and training young Mixed Martial Arts (MMA) fighters. Sergio’s life changed for the better when he unexpectedly discovered MMA and the opportunities it provided for him and his family. Now, Sergio shares his passion with the next generation as he teaches his students to take control of their future.

This is Sergio’s story:

My Chili’s journey started about five years ago. At the time, I was General Manager at a restaurant that was closing, and I needed a new job. My wife, Jessica, was working at Chili’s and always talked about how much she loved her job. Inspired by Jessica, I decided to apply at Chili’s and was hired as a Manager in Antioch, California. It didn’t take long for me to connect with the brand, and less than a year later, I was promoted to General Manager in San Leandro.

My time as a ChiliHead has been really special – not only because of the experiences I’ve had but because of the fantastic people I’ve been able to work with like Dale Bullotta and Fernando Vega… too many to list at once. Dale was my first boss, and his mentorship helped me grow both personally and professionally. Just having the opportunity to work alongside great leaders at Chili’s has taught me to be a better man.

Years before I became a ChiliHead, I unexpectedly discovered a passion for MMA after attending a fight at the Cow Palace in San Francisco. From that day on, my life turned around because MMA provided me with an opportunity to financially support my family. I developed a love for the sport and started gaining respect and recognition for pursuing my passion. Looking back at it now, my story is simple. MMA completely changed the path that I could have gone down. It kept me out of gangs and out of trouble.

Today, I get to share my passion for MMA and the opportunities it can provide with the next generation by training young fighters. My team started because my son, William, is a fighter and other kids wanted to train but didn’t have the money for it. So, I decided to start training them – free of charge. I never imagined that the team would grow as much as it has or be as successful as we’ve been. We’ve even had two world champions, Jamario Mulder (WFC) and William Salguera (US Open and American Cup).

I currently have eight fighters on my team, and they’re all doing great. Each fighter has a special reason for committing themselves to training. Some do it because they were bullied. Some do it because they want to make money to help support their families. As I train my fighters, I watch their lives change. They understand that there’s a way out of their situation – regardless of what they’re faced with – because they have a team that supports them, cares for them, and loves them.

My kids don’t have to pay a dime in order to train. My kid’s fee is a single commitment – to stay out of gangs and off of drugs. I tell them the story about how I was able to turn my life around, and my message resonates with the kids. They want to know how they can create a similar life for themselves. So, I lead by example and show them how I was able to take control of my future by balancing work and training.

Many of my fighters have become ChiliHeads like me. I’ve shown them that they can earn a living by working at Chili’s and simultaneously train in MMA. It’s hard for a lot of my fighters to get jobs because they come from challenging situations at home. So, I help them get a job at Chili’s. I hire them as dishwashers and they work their way up through the kitchen stations. To date, I’ve helped 11 of my fighters get jobs at Chili’s. I teach them discipline, work ethic, and accountability. I provide them with opportunities and support so they can put themselves on a path to success.

I support my fighters just like I support all my ChiliHeads. That’s why my passion for training fits so well with my career journey at Chili’s. ChiliHeads care about each other. We make connections with real people every day. We never stop striving towards our goals and passions. We support and encourage each other to be the best we can be. It’s part of our DNA as ChiliHeads. It’s what makes us a community.

Chili’s has given me the opportunity to pursue both my personal and professional goals. I’ve never felt like someone cared about me as much as they do at Chili’s. I’m hugely grateful for the support I’ve received from my leaders and my company. Thank you for helping me create the best life for myself, my family, and my fighters.

Our Commitment to Veterans: A Legacy that Endures

Put On Your Shoes and Stay A While
Scroll to top